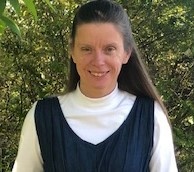 Services will be held from Dansby Heritage Chapel on Tuesday, August 11, 2020 at 3:00 p.m. with visitation from 1-3 p.m. Burial will follow in Highland Cemetery. Rev. Terry Garrett and Rev. Chuck Bennett will officiate. Pallbearers will be Doug Welch, Brandon Reynolds, Derrick Kiser, Dewayne Welch, Justin Owen, and Tommy Studdard. The family requests, in lieu of flowers, memorials be made to Piedmont Holiness Church in Tina’s memory.

To order memorial trees or send flowers to the family in memory of Tina Studdard, please visit our flower store.