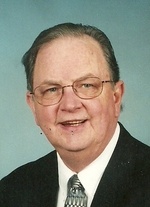 Paul Heflin Savage III, 65, passed away in the loving arms of his Lord at 6:50 am on Monday, August 20, 2012 after a brief illness.  Paul graduated from Piedmont High School and played bass drum in the Piedmont Band.  He was a graduate of Jacksonville University. Paul was also a graduate of Officer’s Candidate School and served in the National Guard for 30 years, retiring as a Lieutenant Colonial.  He was a member of the Spring Garden Volunteer Fire Department, on the Board of Directors for DHR in Cherokee County, and a graduate of the Alabama Fire College, as well as a notary public.  He was an active member of the Sons of Confederate Veterans, Savage-Stewart Camp No. 522.  Also, while living in Gadsden, he was a mason in the Cedar Bend Masonic Lodge, coached the B/C team of Southside “Silver Hawks”, and was a member of the Shriner’s Club of Gadsden, as well as a member of the Zamora Temple Shrine of Birmingham.  He was an avid photographer and owned Savage Photo and Studio Labs of Cherokee County before retiring and assuming the Post Master position of the Spring Garden Post Office, which had been run by his family for the past 99½ years.

The family requests memorials be made to the Spring Garden Relief and Disaster Fund, PO Box 3, Spring Garden, AL 36275.

Dansby Heritage Chapel is honored to serve the Savage Family.

To order memorial trees or send flowers to the family in memory of Paul Savage, III, please visit our flower store.