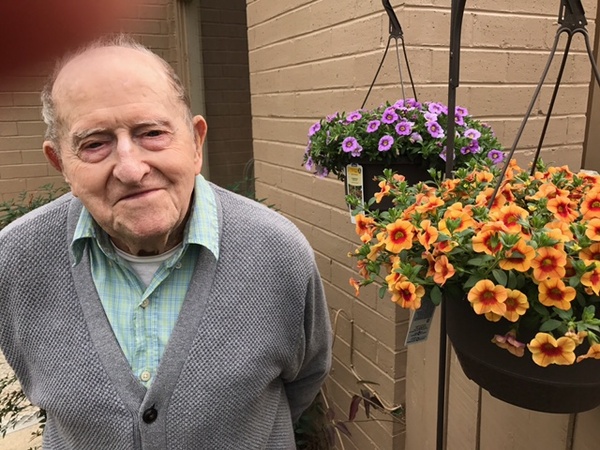 Gray- Norman Alton Minton, 92, went home to be with the Lord on Tuesday, September 5, 2017 at Lynn Haven Health and Rehabilitation in Gray, GA. Funeral services celebrating his life will be held on Sunday, September 10, 2017 at 3:00 pm in Spring Garden Methodist Church with burial following in Piedmont Memory Gardens in Piedmont, Alabama.The family will receive friends from 2:30 pm until the service hour at the church.
Norman was born on October 12, 1924 in Spring Garden, AL to the late Pearson and Clara Savage Minton. He faithfully served his country in the United States Army as a WWII veteran. He later earned his doctorate and continued his service to his country as a Nematologist with the United States Department of Agriculture until his retirement. In addition to his parents, Norman was preceded in death by his beloved wife, Doris Lorene Pope Minton.
Left to cherish his memory is his daughter, Cathy Minton of Gray; sisters: Lucy Bell, Jean Napolitano, Dean Anteniza & Bronda Curtis; brother: Herman Minton.

Dansby Heritage Chapel is honored to serve the Minton Family.

To order memorial trees or send flowers to the family in memory of Norman Minton, please visit our flower store.