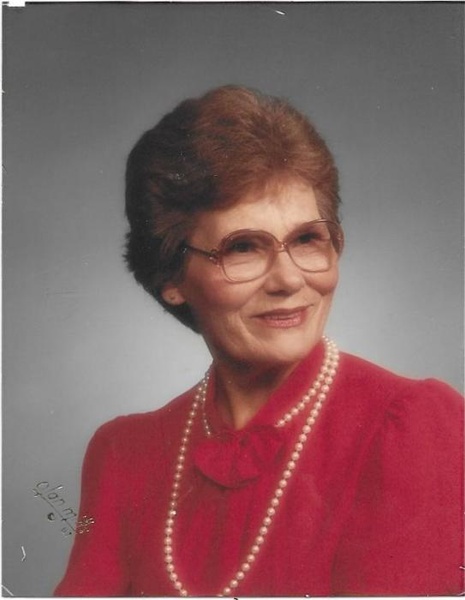 MYRTLE LOUISE BRIGHT FRANKLIN, 88, of Piedmont, passed away on Sunday, December 15, 2019 at Floyd Medical Center in Rome, GA.  Born in Piedmont, she was the daughter of Roy Lee and Pauline Gresham Bright.  She was preceded in death by her parents; husband: Lewis Henry Franklin; and siblings: Ed Bright, J.T. Bright and Ruth Wheeler.

She was member of Hughes Street Congregational Holiness Church, was a Respiratory Therapist Tech at Jacksonville Hospital and was active with Piedmont Rescue.  She loved to play cards and enjoyed being at the Piedmont Senior Citizens Center where she was crowned Queen.

Dansby Heritage Chapel is honored to serve the Franklin Family.

To order memorial trees or send flowers to the family in memory of Myrtle Franklin, please visit our flower store.