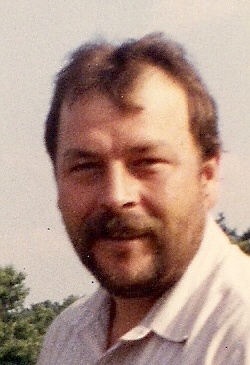 JOHNNY ELDON TROTTER, 55, of Piedmont, passed away on Sunday, September 30, 2018 at his residence surrounded by his family.  He was born in Centre, AL to William Andrew and Carolyn June Morgan Trotter. He worked for Springs, was a wrecker driver and was a volunteer for 30 years with Piedmont Fire and Rescue.  He was a member of Philadelphia Baptist Church and Civil Defense.  He was one who would give the shirt off his back and had a heart of gold. He liked to instigate a situation and walk away laughing, but you knew he loved you.  He loved good times, family and friends.

He was preceded in death by his father, and sister, Connie Francis Trotter.

He is survived by his mother, June Trotter; wife and the love of his life, Leisa Kirk Trotter; his pride and joy, daughter, Morgan Hill and her husband, James Tyler Hill; his precious grandchildren: Jameson, Logan, Riley and Emma; brother: James Trotter; and ‘tons of’ friends.

Visitation will be Tuesday, October 2, from 6-8 PM at Dansby Heritage Chapel. The funeral service will be on Wednesday, October 3 at 11:00 AM. As per his request, he will be cremated following the service. Honorary Pallbearers will be James Trotter, Jason Steed, Ricky John Holbrooks, Danny “Cotton” Brown, Tim Younge, Henry Taylor, Terry Fortenberry, Allan Spears, Jeremy Trotter, Josh Trotter, and Butch Brown .

Dansby Heritage Chapel is honored to serve the Trotter Family.

To order memorial trees or send flowers to the family in memory of Johnny Trotter, please visit our flower store.