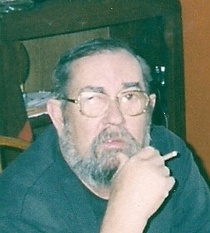 JOE VAN HITCHCOCK – 69 of Piedmont, passed away on Wednesday, February 4, 2015 at Piedmont Health Care Center.  Born in Calhoun Co., AL to Lonnie Ray and Fannie Mae Parrish Hitchcock, he had been employed as a roofer.  He was preceded in death by his parents and two brothers, Bobby and Ralph Hawkins.
He is survived by his girlfriend:  Inez Moorer; daughter: Laquita (Ray) Luthi of Kansas; stepchildren: Lee Moorer, Ann (Jackie) Barnes, and David Wayne Moorer; and grandchildren: Harley McDaniel, Jordan and Blake Moorer and Hannah Barnes.
As per his request, Mr. Hitchcock was cremated and no services are planned.
Dansby Heritage Chapel is honored to serve the Hitchcock Family.

To order memorial trees or send flowers to the family in memory of Joe Hitchcock, please visit our flower store.