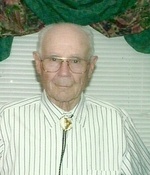 Services for Mr. Jack Bailey who passed away in Ormond Beach, FL on Saturday, September 15,2012, will be held Thursday, Sept. 20, at 2 PM from the chapel of Dansby Heritage Chapel.  Visitation will be held Thursday, Sept. 20 from 12-2 PM at the funeral home.  Burial will follow in Hepsabah Baptist Church Cemetery in Cleburne Co with military honors.  Rev. Gene Burns will officiate the services.

Mr. Bailey, 89, a native of Calhoun County, AL   died peacefully at home after a three year battle for life.  He was preceded in death by his wife, Josephine Johnson Bailey.  He was a veteran of WWII, serving in the Army Air Corp and was an instructor of auto repair at Fort McClellan, where he received two letters of recognition.  He was a child of God and is now at peace in his eternal home with God.  He was a great father, provider and strong person. He will be missed by many family and friends.

Dansby Heritage Chapel is honored to serve the Bailey Family.

To order memorial trees or send flowers to the family in memory of Jack Bailey, please visit our flower store.