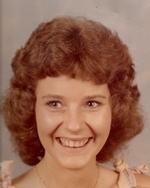 Dawn Donette McCurdy Law, 51, passed away on Wednesday, April 25, 2012 at her Piedmont residence. Born in Piedmont, she was a waitress. She was preceded in death by her father, Thomas Wayne Thompson, and son, Jeremy McCurdy.

Funeral services were held on Sunday, April 29, 2012 at 2:00 p.m. from the chapel of Dansby Heritage Chapel with Rev. Tommy Beleu officiating. Interment was in Piedmont Memory Gardens.

Dansby Heritage Chapel was honored to serve the Law family.

To order memorial trees or send flowers to the family in memory of Dawn Law, please visit our flower store.